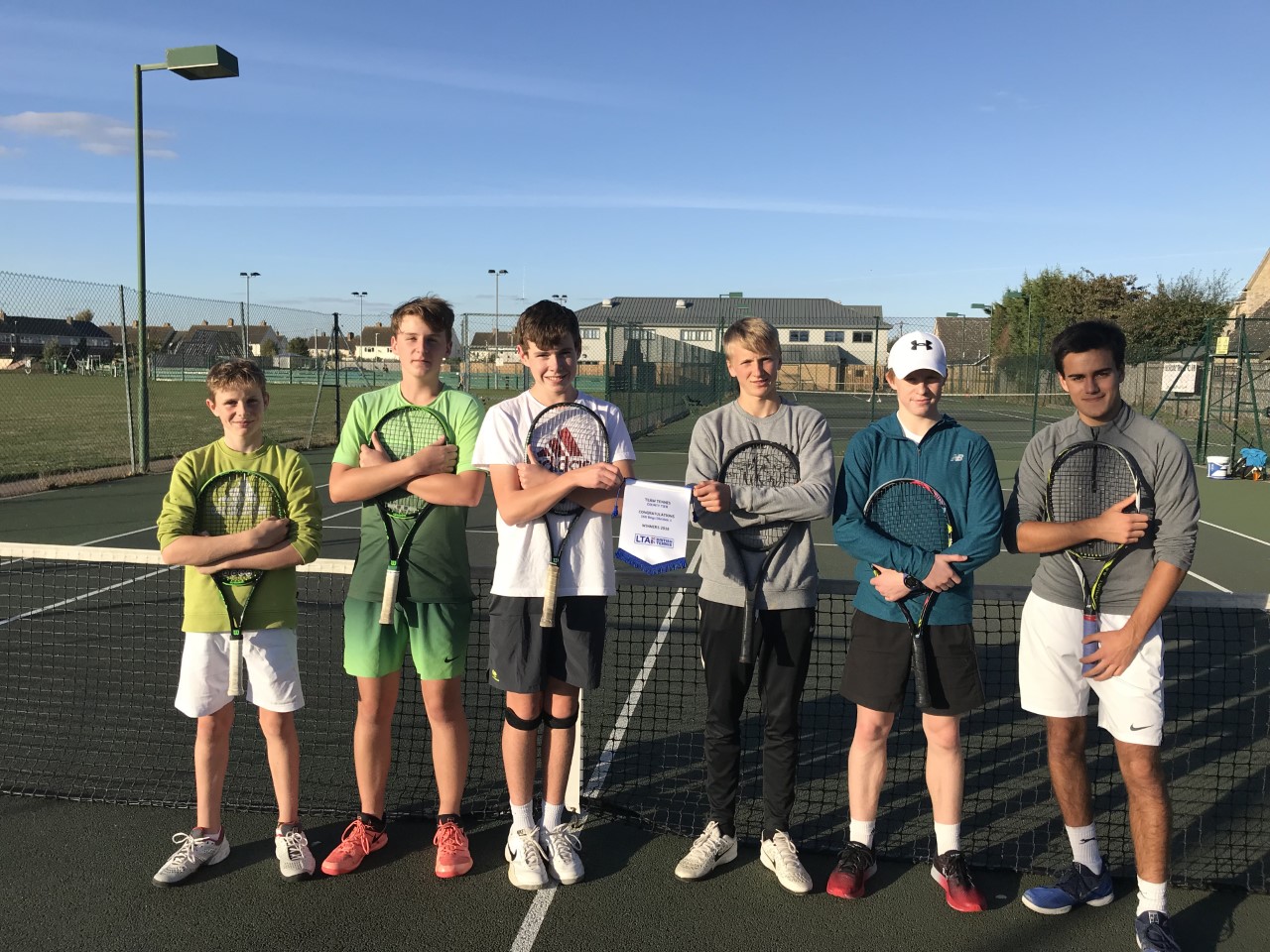 They've only gone and done it!

Congratulations to our 16U Team Tennis Boys who have represented the club during the British Tennis Team Tennis competition.

Over the spring and summer terms, the boys were involved in organised competitions against other Gloucestershire clubs playing both singles and doubles in an attempt to get as many victories as possible.

All played incredibly well and battled hard throughout the Division 1 League they were a part of showing that they were a forced to be reckoned with.

The club is proud to announce that they successfully managed to hold off the other clubs and have triumphed to win the Division.

Congratulations boys! All that hard work and training has paid off!